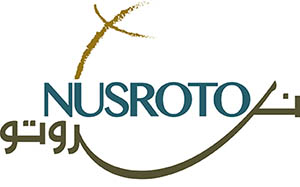 In 2000, Father Marwan Ghanem established Nusroto Al-Anashid choir that showed in a flashy and spectacular launching, high level of performance through various recitals and ceremonies. Five years later, on the fourth of October 2005, he converted it into a charity association bearing the same name: ” Nusroto- Al Anashid Charity Association”. (Acknowledgment note 203/AD).